We were making our way deep into the Chugach Mountains in pursuit of the Alaskan Dall sheep. It was our fourth day of hiking, the opening day of hunting season, and my first official sheep hunt. It rained all night, but we woke to clear skies and clear minds.

It would be another long day of side-hilling and trekking down the steep, narrowing valley. At the opening of each side canyon, we sneaked to the edge, hid, and glassed, hoping to spot one of those white, magnificent sheep on a brilliantly illuminated canyon wall. 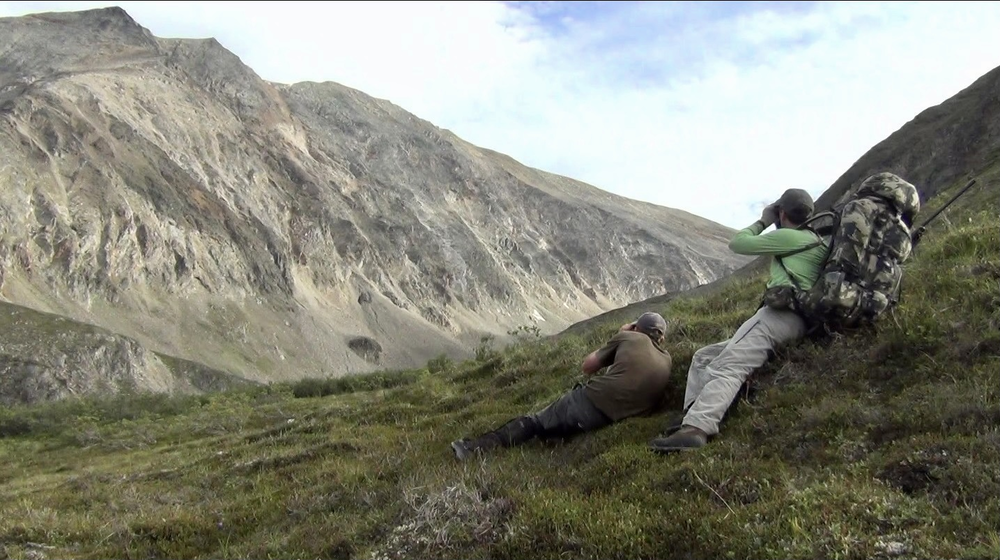 We spotted our first ram in the second canyon of the day. It was almost too far away to see, but our guide noticed an odd color tip on an outcropping half-way up a two-thousand-foot cliff face. “Let’s back out of here and get out your scope”, he whispered. We pulled back to a brushy knoll, hiding in waste-deep alders, scrambling to clear a better view.

“It’s a ram!” I said. “It looks big enough to be legal, but impossible to be sure.” I could feel the excitement. The ram had sweeping horns, but we needed a closer look to be sure he was big enough — full curl.

We dropped to the bottom of the valley through thick, unforgiving underbrush that camouflaged our actions. While we continued stalking, we scanned both sides for additional sheep. We didn’t want to spook any that might pop into view. As we made our way into the steep canyon, we used a spiny ridge, a cliff really, to hide while gaining elevation. Then we crawled over the edge, 1000 yards from the sheep. “There he is!” my guide whispered. A moment after we’d focused the spotting scope on the ram, he obligingly stood, turned, and gave us a good, solid look from both sides. He was a good ram, but too close to call.

Then we spotted another ram several hundred yards on another big cliff face, nearly hidden by the rocky landscape. We could only see his head. Full curl ram! 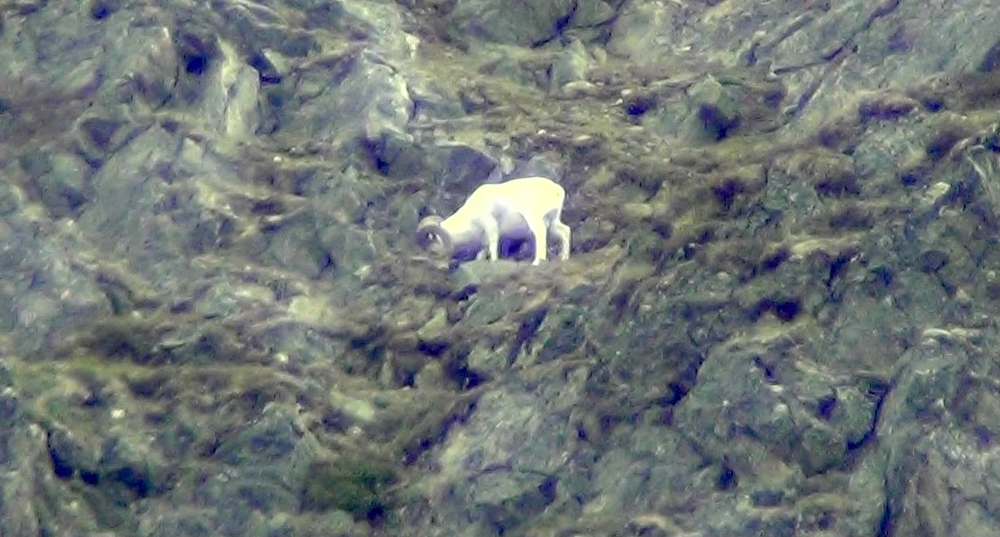 If my adrenaline hadn’t been pumping before, it was now. My guide leaned over to deliver the bad news: “There is no way to recover him if we shoot him where he is now. We’ll have to wait them out, see if weather pushes them down off those cliffs.”

It was agonizing. So close, yet so far away. We done our part, found our game, but its location was out of our control. But soon the big ram stood, stretched, and started feeding, nibbling on small grass tufts between the rocks. He turned left, then right, flaunting those horns as if he knew he was out of our reach.

At this point we had all the evidence we needed to know he was special. We’d have to wait him out. So we did. As he slowly pecked around for food, my gut told me he would likely continue feeding up the cliff. I crawled over to the resting guide and said, “We have to make a break for it.” He looked at me like I was crazy. Maybe I was. “By the time we get over there, he could easily be on top”, I said. “We could safely shoot him there, right?”

“That high point? Think you could hit him from there?” he asked.

We scrambled off the backside of our ridge, watching and glassing frequently to be certain we weren’t seen. It was 5PM . At most we had four hours of light. Four hours to make a steep, two-mile hike, unheard and unseen. As we crossed the bottom of the canyon, we were again crawling through thick brush. We kept tabs on the ram, but eventually lost sight of him. Now we were free to hurry up the steep face, angling to cut him off as he made his way to the top.

An hour later we were nearing the rounded skyline ridge. I grabbed the guide’s pack and said, “Let’s glass before we walk across this knob.”

“No need! There they are!” Both rams were standing on the edge of a ravine. Just 350 yards away.

“Which is the big one?” I hissed as I squirmed prone and readied my rifle.

“When he turns, I’m going to take him,” I said. The smaller ram turned and started walking away. The bigger ram turned to join him, presenting a perfect quartering away angle. “Here we go”, I said. BOOM! My single-shot, 300 Winchester Magnum barked and the sheep dropped. In an instant, his heavy, limp body started sliding, rolling, falling, falling to… uncertainty. I rushed forward to chase sight of my tumbling ram, but it fell into a long couloir, rocks clacking. Gone.

“We got him. We did it!” I slapped my guide’s back with gratitude, figuratively slapped my own for having met the challenge, made the shot. But now, how were were we going to recover that sheep?

We hurried, with gut wrenching anticipation, back down to the bottom of the canyon where we’d first spotted the sheep. Then we clamored up the long couloir, hoping for an easy recovery. I spotted the dirty, white body and what appeared to be a bloody appendage, but as I got closer I could see it was the STUMP of the sheep’s neck. Its head was missing.

My heart sank as I climbed the last hundred yards. The sheep’s head was indeed missing. Gone. Apparently torn from its neck. Nowhere in sight. I was sick. But my guides were undaunted. The head had to be in this couloir somewhere. Within minutes, one of the guys spotted it about 100 yards away. The horns were a bit rock battered but intact. The cape? A taxidermist’s nightmare. As light faded, we went to work breaking down the huge ram. 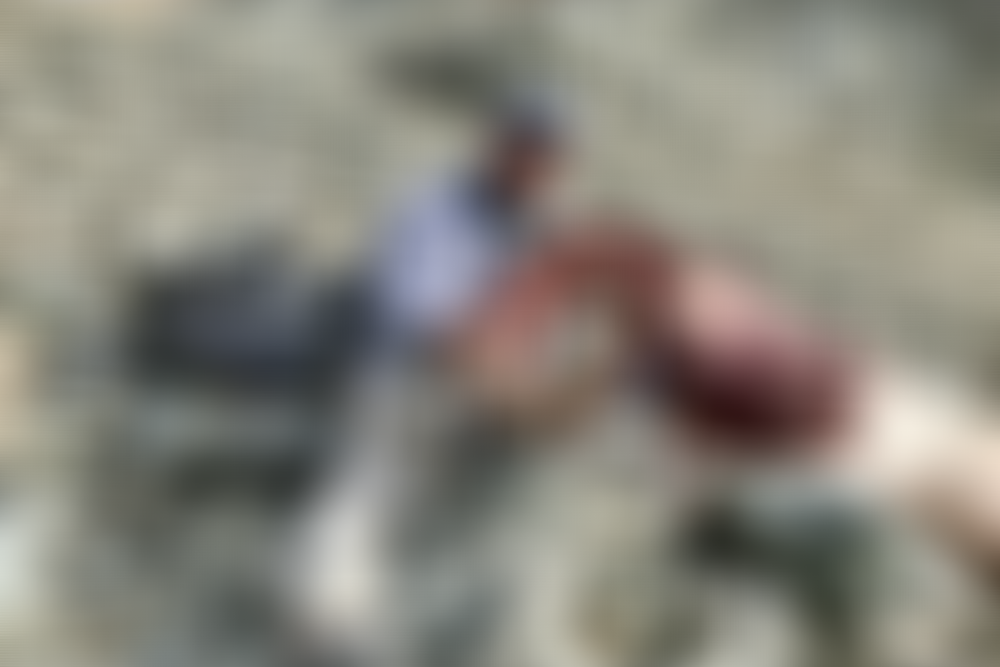 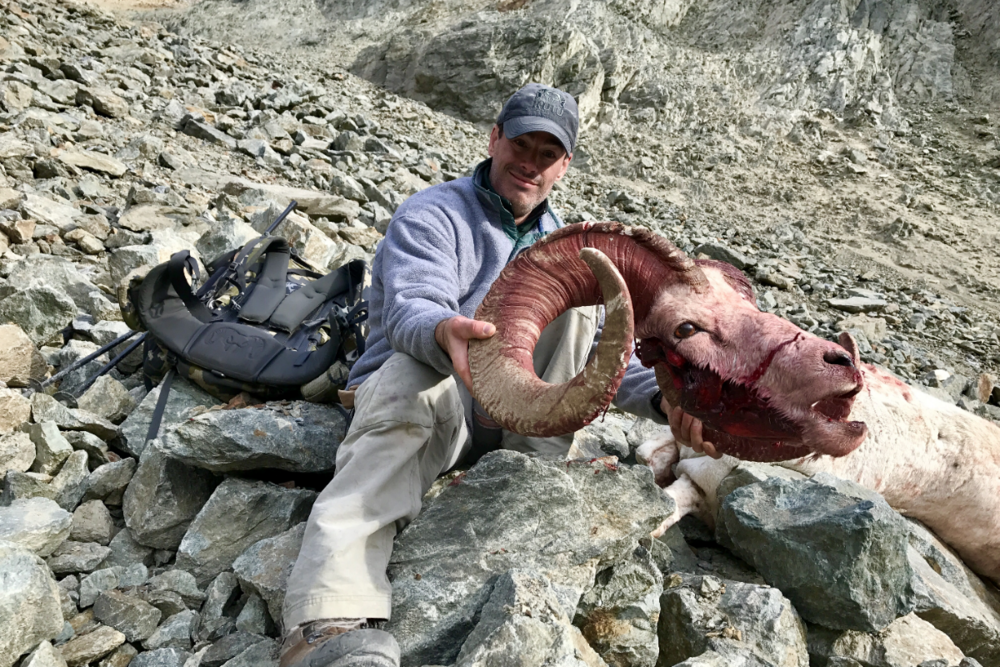 After three hours navigating a monstrous boulder field in the dark, we found a small, flat bench and bivouacked for the night. I woke to the savory aroma of sheep ribs roasting on a brush fire. Ah, guides! The pressure of the hunt was over. We were enjoying the company of good friends, fresh meat, and the glory of time in the wilderness. And it was far from over. 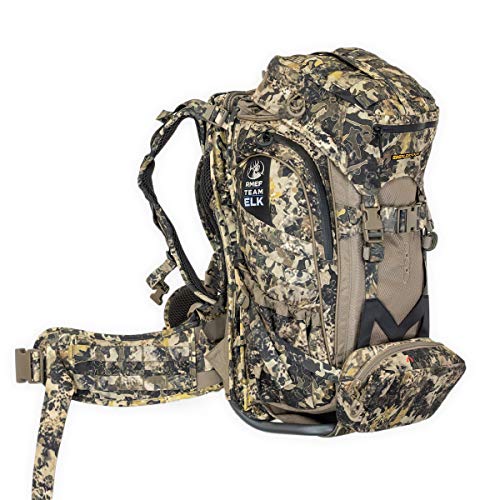 
Our hike in had taken four days. We attempted to reduce that to three via a shortcut on the pack out, discovering a tight passage at the end of a narrow valley that opened into a pass over the mountain. Our luck held. 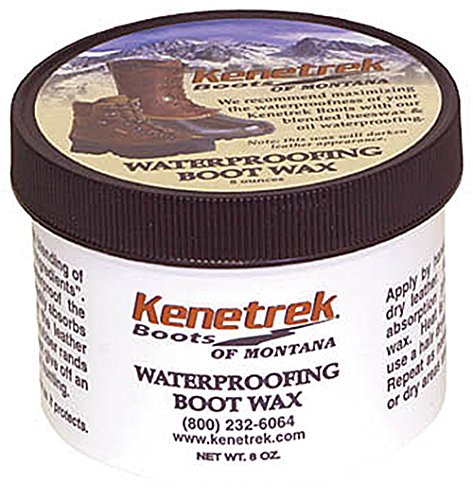 
We are constantly learning and growing on adventures. On this hunt I managed to break through a perceived mental limit of what my body was capable of. The wilds of nature force us to adapt and face the realization we must keep going. My perseverance led me to a personal breakthrough, a new type of freedom in my life that has inspired even more adventures.

Wilderness hunting can have a profound influence on our souls, improving our ability to manage our health, better appreciate relationships and our careers. I encourage you to find your “adventure.” Set a goal. Prepare. Follow your plan. Share the process with someone and reap the rewards of camaraderie and accomplishment.

I’m betting an “adventure” hunt will improve the quality of your life too.

We want to give back and our advice is free, so don’t be afraid to ask for help.

Source
Headless Ram is written by Travis Volk for www.ronspomeroutdoors.com

2 men convicted of killing Malcolm X expected to be exonerated